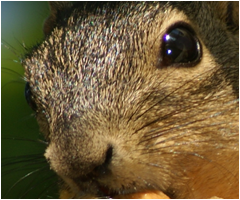 Squirrels in the Attic Charlotte NC

There were some areas where squirrels getting in above the garage and once the poked their furry little heads in the gap they had access into the attic loft areas. When dealing with a construction gap of this magnitude, it makes it nearly impossible to trap the squirrels without some exclusion work. Some squirrel removal experts will use something called drip edge that will cover the gap. Another method is using galvanized steel flashing and using a bend and cut machine to custom cut the metal so it covers gap. The bend and cut machine will give the metal a lip so it slides underneath the shingles and then attached to the fascia board with preferably screws. Many people have the misconception that squirrels just burrow right into your house but most of the time this is not the case. If a squirrel can see into your attic then it will begin chewing to get in. If the drip edge is properly installed and the squirrel has no way of seeing into your attic he is just going to move on to the next house on the street.

The construction gap was located where the plywood and the fascia boards do not meet flush right above the gutters. This type of problem is common in the Carolinas especially the Piedmont Charlotte NC area. Back in 1995 when many builders in Charlotte were pressed for time because of the sheer volume of houses they were building. Many corners were cut and over time many wildlife problems have plagued homeowners. There have been some gaps that were big enough for a raccoon to get in the attic. Many roofs were not flashed properly and over time wood fascia boards would rot making perfect entry points for wildlife animals such as squirrels, bats, birds, raccoons, flying squirrels and opossums.

Recently during the economic many homes were built in 2007 and sat vacant for years before anybody ever moved in. Many upscale neighborhoods were built in heavily wooded areas that builders were unable to sell because of the real estate crash in Charlotte. The houses essentially became part of the habitat for wildlife. There were several cases where the new homeowner bought a brand new house that sat vacant and within days they were hearing noises in the attic. Many pest control companies saw a spike in wildlife removal for these vacant houses and some cases there were flying squirrel infestations.

For all of your squirrel removal needs contact a Squirrel Removal Expert. 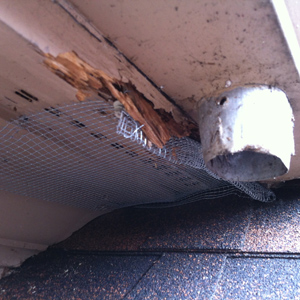 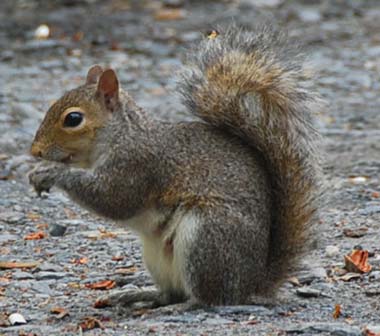 Get Rid of Squirrels
Scroll to top Call Us Now